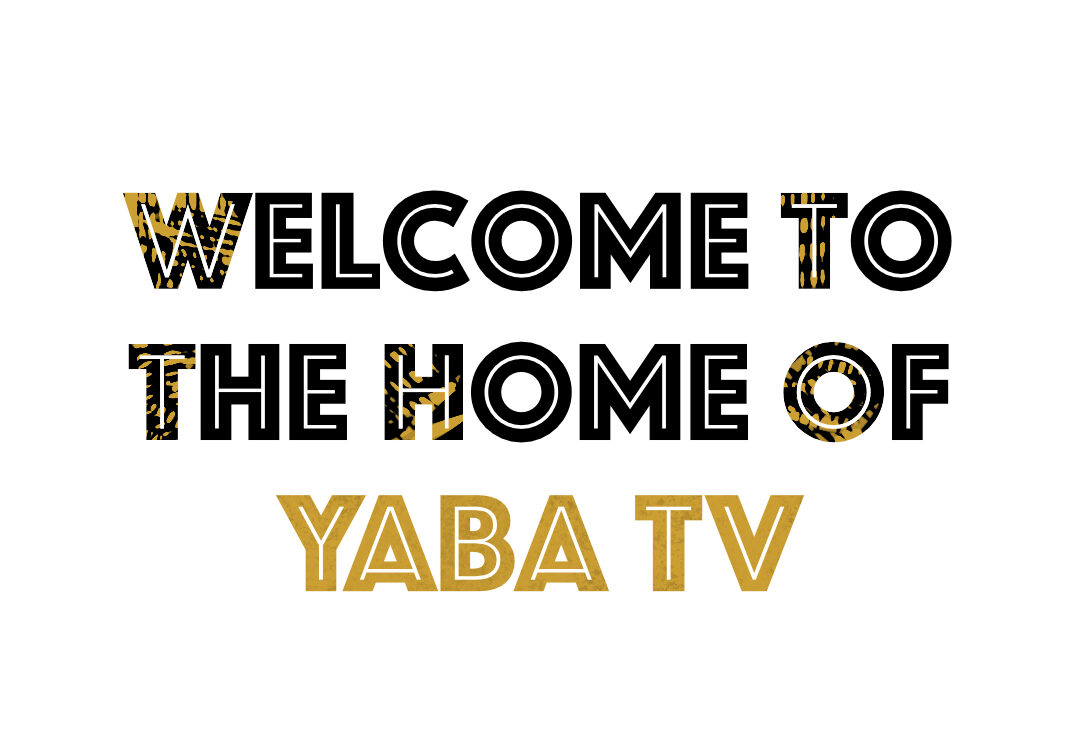 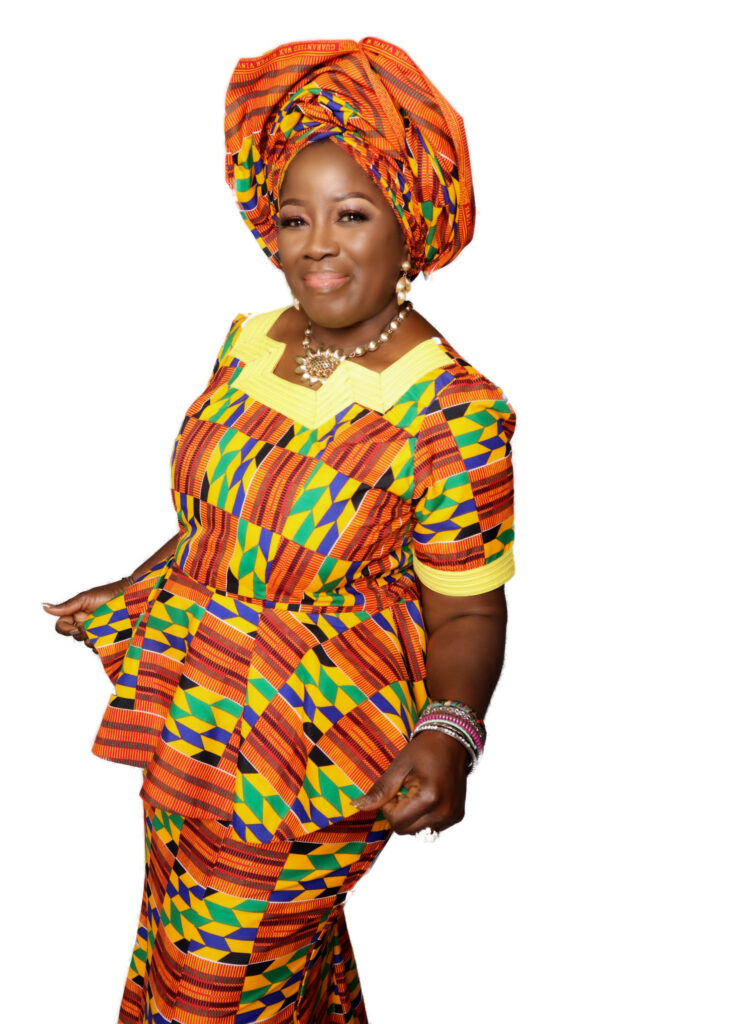 My American Dream by Sia-Sia 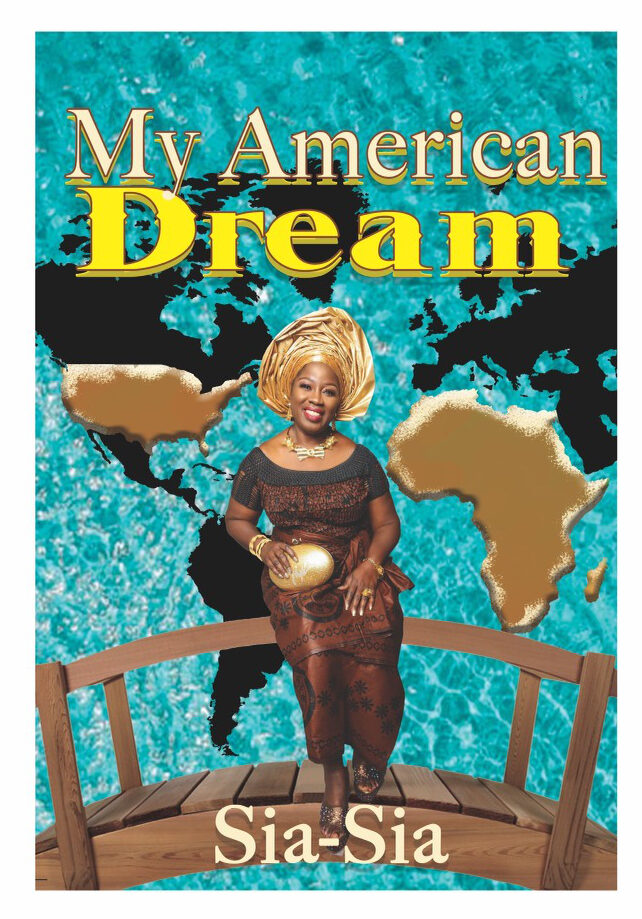 My American Dream by Sia-Sia

Welcome to the growing frontier of African Communication to the West both on Television and Radio. Welcome to the home of Yaba TV and Yaba Radio Shows!

Catch up with me and my special guests on The Yaba TV Show every Sunday at 4:00 PM PST on KCAL 9. 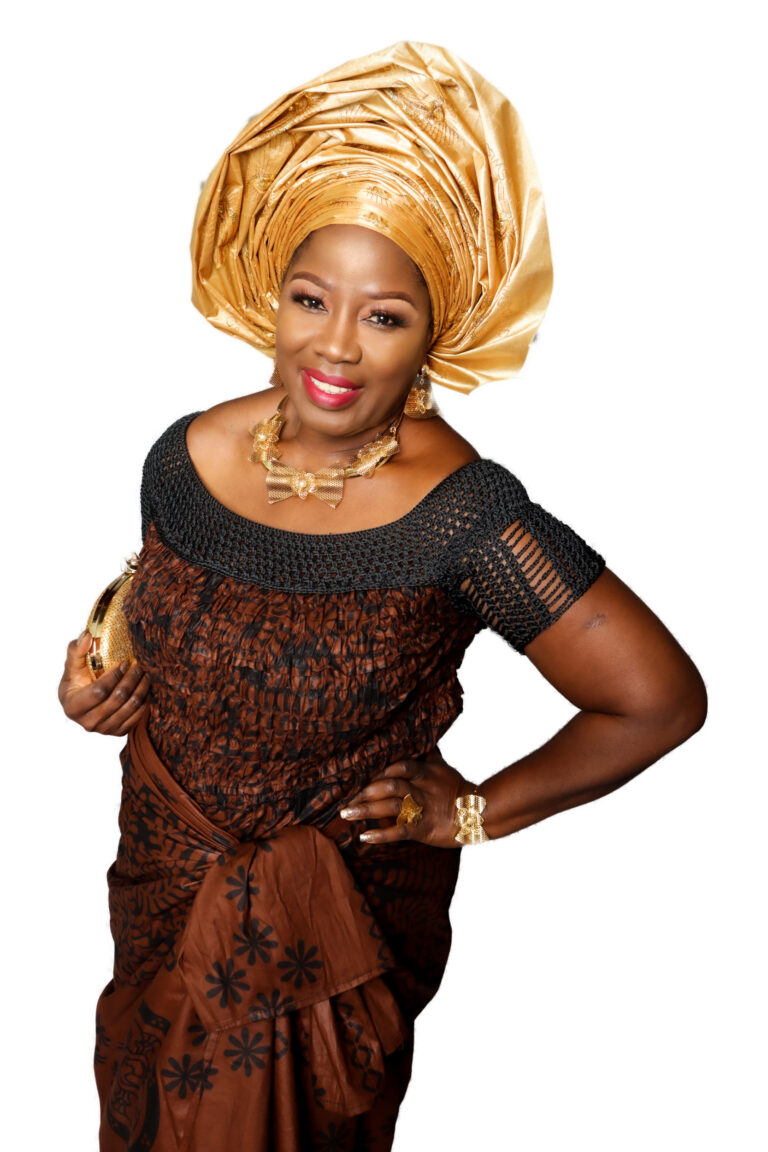 Elizabeth Yaba, is founder of Yaba Media which produces The Yaba TV and Yaba Radio Shows. As host of both shows and a native of Sierra Leone, Elizabeth uses her native name Sia-Sia.  Ms. Yaba attended Long Beach City College and Barkley College. Ms. Yaba trained with Continental Cablevision for two years as producer and host. She has had the privilege in her expansive 30 year career to interview many respected leaders and people, including: Councilman Bernard Parks and the former late President of Ghana, Jerry Rawlings. President Rawlings visited Los Angeles in November of 1995 and Yaba TV filmed his tour. The list also includes the late superstar Michael Jackson, the late Isaac Hayes, legendary Stevie Wonder, and a host of other celebrities who came to honor the President. A clip of these influential people can be found on the Yaba TV YouTube at: Yaba Media YouTube Channel. Read Ms. Yaba’s autobiography to learn more about the amazing people she has interviewed.

Yaba TV was established in December of 1992. The concept of Yaba TV Show is to bridge the cultural divide between Africans and African-Americans based on first-hand knowledge and to connect with other cultures in our shared community.

Yaba TV is a multi-cultural show that fits the fabric of Southern California and has acquired millions of viewers on television because of the cultural content including the vibrant entertainment from various parts of Africa. There is no show like it in Southern California.

We will produce your spot at no charge. 3 months contract is required.

We will produce your spot at no charge. 3 months contract is required.

Advertise with us and have access to a full service production company with over 30 years of experience. 3 months min. required

Sophrinia Design
Contact: Sophrinia Cassell Phone: 310-482-1234 Email: sophrinia@gmail.com Website: www.sophrinia2.wixsite.com
Sophrinia Design and Consulting is a California based design firm focused in specializing and prides itself on creating practical design solutions with complete dedication to its clients and getting their project on time and within budget. We use the latest technology including AUTOCADD and Revit.
At Sophrinia Design and Consultant we offer a full range of architectural services for commercial, industrial, residential, and all other construction related needs. Our mission is to provide our clients across the United States with sound designs and drafting services for all types of structures from beginning to completion and within budget. We offer a very competitive price, try us. Our highly skilled professional, with over 30 years of experience will provide our clients with practical and common-sense solution to meet their needs

On-Line Beauty Supply by Charmetra Roberts
Contact: Charmetra Roberts Charmetra52@gmail.com 310-486-3218 www.crbeautysupply.com
We sell cosmetic, supplies for barber shops, and beauty salons. There are lots of choices to make from, including lipsticks, eye lashes, eye liners, eye pencils, mascaras, virgin hairs, human hair for braiding and weaving, both long and short wigs. We have a variety of shampoos, conditioners, children’s hair accessories, and more. Everybody likes to look good, so check us out and save money as well. FREE shipping anywhere in the United States. Call Charmetra Roberts at 310-486-3218 Call me to start your own on-line Beauty Supply today!

Company’s name: The Southern California Black Chamber of Commerce www.blackchamberofcommerce.orgwww.SCBCC.org
info@Blackchamberofcommerce.org
Call: 1-888-466-7408 The Chamber has served businesses throughout the Southern California region since 1993, enabling them to prosper through mutual cooperation and support. We have a tradition of focusing on the needs and success of minority and women-owned businesses through a wide variety of services and programs and have dedicated over 25 years to maintaining that tradition.
From the Desert to the Sea… Hollywood Cities: Long Beach: San Gabriel Valley: Pomona Valley: Inland Cities West: Inland Cities East: Inland Valley: Riverside Cities: Palm Springs Cities: Moreno Valley: High

One Accord Educational Ministry Contact: Pastor Dr. S. A. Toeque Independent Skin Care Specialist Phone: 323-899-3731 Website: www.oaeministry.org
Are you looking for a gift or gift ideas for a loved one or a friend then look no further, shop on-line at One Accord Educational Ministry. They have so many varieties of gifts and gift ideas to choose from and their prices are very affordable. Click on their website link and then click shop. Mention this ad and get 10% off on your first purchase.

Jafra Cosmetics Contact: Darlene Ross Independent Skin Care Specialist Phone: 310-702-4243 Website: www.jafra.com/darleneross
We have cosmetics for all skin types, and affordable quality products. Our Signature product is famous “Royal Jelly System” We are the best company for women and their families. We’ve been in business for 65 years.
Start your own business today and be your own boss! Home Base Business Opportunities.

ExcellCreditCorp Contact: Ty Warren Phone: 1888-703-9235 Address: 879 W. 190th st. Suite 400 Gardena, CA 90248 Website: www.excellcreditcorp.com
We specialize in raising your credit score guaranteed. We teach you credit utilization and show you how to manage your credit properly to raise your score.

Financial Services by Charmetra Roberts Contact: Charmetra Roberts Phone: 310-486-3218 Email: Charmetra52@gmail.com
I provide financial services for individuals, families, and businesses. Life Insurance with Living Benefits you can use while alive, also provide 401k and IRA rollovers helping those retiring and those changing jobs. I provide College Savings Plans and Executive bonus plans, also helping businesses pay less in taxes. I provide Wills and Living Trusts for legacy plans, and Long-Term Care, as we know this is needed when you are sick. The virus has devastated many people. Call now and cover you, your family, or your business today.
Call Charmetra Roberts at 310 486-3218

Legal Services Contact: Georgia Cannon Alleyne
323-804-1105
Email:gcannonalleyne@gmail.com
Website: www.gcalleyne.wearelegalshield.com
My name is Georgia Cannon-Alleyne an Independent Associate with Legal Shield. No one ever plans on legal trouble, but the unpredictability of life often throws you a curveball.
Instead of trying to navigate the legal system alone, LegalShield can help you. Whether it’s as simple as writing a demand letter or having an attorney make a phone call on your behalf. You can breathe easier with LegalShield by your side.
For more than 40 years going on 50 years in 2022, LegalShield goal has been to take a straightforward, practical approach to Legal coverage. When you need help you don’t have to talk to a rookie, paralegal, or a law Clark, but rather you will deal directly with highly experienced Lawyers that specializes in every area of law.

Ask Sharifah
If you’re selling online, you need a team of experts that can use paid advertising, social media channels, website optimization, and technical know-how to grow your business and market your website!
Ask Sharifah has the experience and the track record to guide you to success. Do not face the unknown alone. Ask Sharifah!
https://www.AskSharifah.com
(562) 822-0965
Sharifah Hardie
Facebook: ILikeSharifah Instagram: @SharifahHardie

The Green Olive Mediterranean Cuisine
Contact: Emad Wahba
855 W. Victoria Street Rancho Dominguez, CA 90220 Open 7 days a week
Hours: M-F 9am to 9pm Sat. 10am-9pm & Sun. 11am to 6pm
Phone: 310-466-1090 Fax: 310-603-2202
www.thegreenolivecatering.com
thegreenolivecatering@gmail.com thegreenoliveevent@gmail.com
Green Olive Food Truck – perfect for corporate picnics, parties, and other special events. Home of the “famous kabobs” We do catering for all events. We have party trays to go! We have Vegetarian feast as well. We also have Banquet Room for rent for your special event.
Plates: serve with homemade hummus rice, house salad, pita bread and our famous green sauce
Wraps: All wraps served with pickled turnips and a choice of spicy potatoes or a house salad

Designs by Ardena LLC
I create memorable and legacy art for businesses and individuals, who want to capture and preserve their special memories, by bringing life to photos through creative art, so that stories can continue to be told and passed on for generations to come. Special photos are full of history, heritage, culture, legacy...and valuable stories. So embrace them and preserve them, don't let them fade away.
Contact: Ardena Brooks
(323) 455-1251
ardena@designsbyardena.com
www.designsbyardena.com

Jordans Rooter & Plumbing 1-800-300-0358 jordansrooter@gmail.com www.jordansrooter.com
For all your plumbing needs call Jordans Rooter & Plumbing. We are open 7 days a week, no job is too small or too big for us. Call us today for all your plumbing needs. We do it right the first time with affordable pricing. We give FREE estimates. Call today and get your plumbing problem fixed. We have handled residential and commercial plumbing emergencies in California since 1985. Our plumbers are available 24/7/365 and provide quick response times for any plumbing problem from faucets and food disposers; to toilets and water heaters.

Century 21 Classic Estates
Contact: Joyce L. Bell Phone: 562- 313-3554 or 949-891-4276 Fax: 562-865-5282 Email: jbell77us@yahoo.com
If you are interested in buying or selling your property, Residential /Commercial to service your real estate needs and Referrals. Call Joyce Bell she is reliable, experience, and has the fear of the Lord. She will donate 50% of her net commissions to feed the homeless. Tell your friends.

Lamarc Realty Carson - Home for Heroes
Contact: Anita McNealy-Hill Realtor/Probate Specialist Phone: 562-600-9598 Email: anitajmch@gmail.com Website: www.anitajmcnealyhill-realtor.biz
Anita is a licensed Realtor and is accredited with an A rating with the Better Business Bureau. Her expansive network enables her to open doors for her clients on all sides of the property equations. Anita represents sellers, buyers, investors, and Veterans. Anita makes it a point to be involved and guide you in every step of your Real Estate process. If you are looking to see what your home is worth, Anita offers a free market analysis, so get in touch with Anita and find the home meant just for you.

Necie Insurance Services
Would you say no to an extra $100k? Small businesses, restaurants, hotels manufactures say no by not taking advantage of tax credit refunds available today. Get your free refund at gmg.me/267485 and freecash4yourbiz.com or call direct 424-217-9649
www.necieinsuranceservices.com
Facebook: necie business solutions